The following notes present and answer some of the questions we are frequently asked about our range of continuously reading air particle monitors. If you have other questions, please send them to our technical department by email to techsupport@turnkey-instruments.com and we’ll reply as quickly as we can. The questions and answers below are in no particular order of importance. All our air particle monitors use the same light scattering photometer and hence have similar characteristics.

What is the fastest response time of your instruments?

One second. Though typically they are used to indicate the average concentration over one to fifteen minute intervals.

How do you weigh dust using light?

We don’t, but the light scattering technique we use allows our instruments to be calibrated gravimetrically with sufficient accuracy. Any calibration errors are normally much less than the range of correction factors the DETR has suggested for the TEOM.

What are the benefits of your instruments?

We believe our instruments provide the best and most cost-effective means of real-time particle monitoring. They are sufficiently accurate to determine when an incident has occurred and at what time. Inter-instrument agreement is excellent, allowing groups of them to be used for comparison studies. We have numerous graphs showing our instruments tracking TEOMs over many weeks.

Generally, they are easy to use and cheap to run and maintain. They are also small, unobtrusive, quiet, easy to install, and can be battery powered.

Can your instruments be networked?

Yes. Numerous instruments can be linked together using any combination of fixed wiring, licence-free radio telemetry, telephone or cellular modems, fixed-line or 3G/4G mobile internet connection. They can either be controlled and data collected online, or manually or automatically called periodically to upload results. We have desktop software AirQ, the web-based system AirQWeb, and phone apps which do all this, and automatically send email and SMS alerts if high concentrations occur.

Alternatively, any of the instruments can be used as a stand-alone monitor.

What else do your instruments measure?

Besides particle concentration, they can also be used to measure wind speed and direction at the same time. This allows AirQ to produce a pollution rose. They also have two analogue inputs which can be used for gas sensors or sound meters. A traffic counting input is also available.

Why is your technique so special?

Did Turnkey develop it themselves?

Yes, we have over 20 years of in-house technical expertise in dust measurement using light scattering.

What type of size selective inlet do you use?

None. We size the particles electronically within the instrument. This allows it to measure PM1, PM2.5, PM10 and TSP mass fractions simultaneously. Alternatively we can measure the inhalable, thoracic and respirable fractions.

What is the size range of particles do your instruments measure?

From about 0.5 microns in diameter up to 20 microns in diameter. One micron is one millionth of a metre, or one thousandth of a millimetre. A 20-micron particle is about one fifth the diameter of a human hair. Any particle smaller than about 0.5 micron diameter scatters too little light to be detected. At the other end, it is quite difficult to get very large particles (greater than 20 micron diameter) into an instrument’s inlet; in fact, anything bigger than this is measured as 20 microns.

Isn’t the loss of the sub-0.5 micron particles important because there are so many of them?

No. Because mass depends on the particle diameter cubed, these very small particles contribute very little to the PM10 mass concentration and their loss is not normally significant.

What about particles bigger than 20 microns in diameter?

Because particles 20 micron in diameter have a falling speed in free air of about 1 cm per second, they are only really significant very close to the dust source and then only in the TSP or inhalable mass fractions. This falling speed increases with particle diameter squared, and is due to the balance of the downward gravitational force and the buoyancy caused by the viscosity of the air.

What type of light source do you use?

A visible laser with a wavelength of 0.67 microns. It is deep red in colour.

Why a laser? Why not a light emitting diode (LED)?

The main reason is that we can focus the laser light down to illuminate a very small volume, rather like the laser in a CD player. So small, in fact, that we are sure only one particle will be illuminated at once, even at concentrations as high as 6 milligrams per cubic metre. You simply cannot do this with a LED – nor can you make a CD player with a LED!

Some particles may be black, some white. What effect does this have on the response of your instrument?

Imagine holding black or white plates between you and a powerful light source. They will both reduce the light intensity equally giving an equivalent response, but only if they are between you and the light. If you look at other angles you will see them differently. This is exactly what happens to the airborne particles in our photometer, because we only look at light very close to the laser beam. If we looked at wider angles (or even 90 degrees) their colour or absorption (i.e. reflection and refraction) would be important.

Are you measuring particle extinction, then? In other words, the light obscured by the particle?

Not strictly speaking. The signal we measure is predominately the diffracted component of the scattered light, which is independent of material composition. Because the particle’s size is the same order of magnitude as the wavelength of the light source, the diffraction lobe spreads a few degrees either side of the laser beam.

Is there a simple relationship between the size of a particle seen by light scattering and its mass?

No. That is why we only look and size one particle at a time. We then use a computer-generated lookup table to translate the signal from that individual particle into an equivalent mass. Other photometers look at many particles at once, and so cannot be accurate. It also means we can accumulate the results into different mass fractions such as PM10, PM2.5, respirable, thoracic and so on.

But how can you isolate a single particle when there are likely to be thousands of them per cubic centimetre?

Our laser is focused to illuminate a very small volume, rather like a ribbon of light across the sample flow. The illuminated sample has a volume of about a tenth of a microlitre, which means particle coincidence errors only become significant at concentrations above about 6000 micrograms per cubic metre. Our instruments can be switched to a low sensitivity range when this happens. This uses  statistical techniques to measure concentrations up to 100 milligrams per cubic metre, but without mass fractions and with less accuracy.

Why do you use an inlet heater?

There are two reasons: firstly to stop water droplets entering the inlet and secondly to get agreement with the TEOM direct-reading instrument which has heated inlet. The first reason is only significant in foggy or misty conditions where the droplets would appear like particles. Otherwise, our instruments could be used with the heater off, although for compatibility with the TEOM we always recommend the heater is used.

Assuming there are no water droplets present in the atmosphere (i.e. it is not misty), turning the heater on will cause the readings to fall by about 50%. This is due to the sublimation of volatile aerosols from organic materials, naturally occurring ammonium nitrate particles, and the desorption of water molecules attached to other particles. The fall is roughly in line with the correction factors the DETR has suggested for the TEOM.

Do your instruments use a pump?

Yes, all our instruments continuously draw in an air sample using a pump rather than relying, as some instruments do, on the particles simply diffusing in. Having a sample pump also has the advantage that we collect on a conventional filter the same particles that produced the scattered light reading. This can then be used for calibration purposes.

What type of filter is it?

Whatman GFA 25 mm circle as standard. For ease of handling, we can also supply mounted and pre-weighed filters.

Do the particles deposit inside the photometer?

No. We recirculate a small fraction of the pump exhaust through another filter and then back into the photometer to form a sheath of clean air around the incoming sample. This prevents the particles depositing in the photometer.

What sample air flow rate do you use?

Why is the flow so low compared to gravimetric samplers, which typically sample at 1 cubic metre per hour (16.67 litres per minute)?

Simply because we don’t need a large flow rate. Our instruments analyse individual particles, and the 0.6 litre flow provides more than enough for a statistically accurate sample. The reason the gravimetric samplers use a high flow rate is to be able to collect a weighable mass of particles within 24 hours. For example, over 24 hours at an ambient PM10 concentration of 30 micrograms per cubic metre, less than 1 milligram of particles is collected at 1 cubic metre per hour flow. Even then, to get accurate results, a six-figure balance (i.e. weighing to 0.001 mg) and proper filter conditioning are required. Our low flow rate also means there is no large pump to power, so our instruments can be run off batteries if required.

How do you calibrate the instrument?

We have a master reference instrument which is calibrated annually against a mass of dust collected on its filter. The dust used is Silkstone coal dust at a concentration of about 1 milligram/cubic metre. The particles are passed through a PM10 inertial impactor before reaching the instrument. The sample is taken over a 24 hour period, which gives an accumulated filter mass of about 1 mg with the instrument’s 0.6 litre per minute flow rate. The calibration of the instrument is then adjusted to agree with its collected gravimetric sample.

We have a recirculating calibration chamber at our factory, which is used to calibrate a number of secondary reference instruments from the master reference. The calibration takes place over a 30-minute period using an artificially generated particle cloud.

These secondary references are the ones used to calibrate customer’s instruments, again using our in-house calibration chamber. Up to six instruments can be calibrated simultaneously. Calibration reports are provided, which show the instrument’s calibration curve between about 50 and 500 micrograms per cubic metre.

All reference instruments are calibrated at least annually.

How accurate are your instruments?

Instruments are calibrated to be within ±10% of our references. Each size channel has its own calibration factor (normally set to 1.00) which can be used to give inter-instrument agreement of better than 1% to 2% percent of reading. We have numerous graphs with up to 6 instruments operating side by side over many days giving identical results. 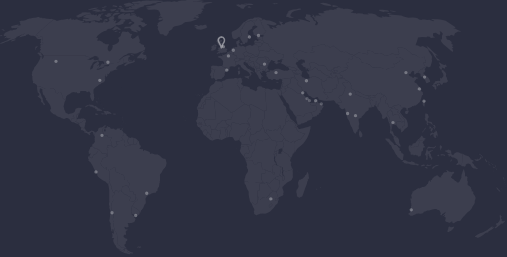